Cinnamon is one of the most common household spices that also has amazing medicinal properties. And studies are showing that there are lots of potential benefits to using cinnamon for PCOS symptoms.

Not only have studies shown that cinnamon helps with insulin resistance, but it may also support weight loss, improve ovulation, and it may play a role in lowering androgen levels.

So, if you’d like to learn more about the benefits of this spice, plus how to use it then keep reading!

1. May Regulate Hormones and Menstrual Cycle

Cinnamon contains an ingredient called cinnamaldehyde, which has been shown to increase progesterone and lower androgens like testosterone and DHEA.

These results were obtained through a test tube study in which human adrenal cells were exposed to cinnamaldehyde (source).

Now, if you’re wondering “why use adrenal cells?“, well it might have to do with the fact that the adrenals also produce some of our sex hormones (although the ovaries do most of the heavy lifting).

These findings are very relevant for PCOS since irregular menstrual cycles are quite common for many PCOS patients.

And those menstrual irregularities are often tied to low progesterone and high androgens (as well as insulin resistance, which we’ll talk about next).

A significant number of women with PCOS have insulin resistance.

This insulin resistance occurs when our cells do not respond to insulin as they normally would.

As the pancreas continue to release insulin, this can lead to elevated blood sugar (glucose) and elevated insulin.

Now, interestingly enough, some studies show that cinnamon powder can correct this imbalance because it:

3. May Support Ovulation and Fertility

One of the major side effects of insulin resistance is that it can trigger the ovaries to make more testosterone and less estrogen.

And once this happens, just about everything related to your menstrual cycle is thrown out of whack.

This means ovulation and even the size (and quality) of your eggs is affected by insulin resistance and elevated testosterone.

Since cinnamon has the ability to improve insulin resistance, that means you can improve irregular cycles, as well as support your fertility in the long-term.

A study done with 76 women showed that cinnamon powder can significantly improve:

The study also points out that cinnamon is a “safe and effective treatment” for menstrual pain because it doesn’t cause any negative side effects.

PCOS is sometimes referred to as a low-grade or low-level inflammatory condition.

But where does that inflammation come from?

Well, mainly from our diet and lifestyle.

Cinnamon happens to contain various antioxidants that fight off inflammation.

So, consuming cinnamon powder can be a natural way of lowering inflammation and restoring more balance to your entire system.

6. May Help With Weight Loss

Instead, it’s about lowering inflammation, which cinnamon powder is known to do!

Even though cortisol is great for fighting off inflammation in the short-term, chronically elevated cortisol can create more problem, particularly when it comes to our weight.

These are just a few of the ways in which inflammation can contribute to weight gain.

So, doing everything you can to reduce inflammation will help with weight loss (much more than counting calories).

7. Can Be Used As A Home Remedy for Acne

Acne is basically an external reflection of the inflammation that is occurring within the body.

So, cinnamon is a great way to naturally lower internal inflammation and support healthy skin.

Also, as we saw earlier, insulin resistance in PCOS contributes to high androgens.

And elevated androgens are another major cause of acne.

Therefore, by using cinnamon to improve insulin resistance, you can also improve your androgen levels and acne.

Furthermore, cinnamon has antimicrobial properties, which means that using it topically can kill bacteria that is worsening acne.

HOW TO USE CINNAMON AS A NATURAL REMEDY FOR PCOS: CEYLON VS. CASSIA

To get the benefits of cinnamon for polycystic ovary syndrome, you can use it internally or topically (see the next section for topical application).

But before you start using cinnamon, it’s important to know which type of cinnamon you should be using.

You see, there are two types of cinnamon that generally available on the market: ceylon and cassia. Of these two, ceylon cinnamon is considered the best type and therefore, that’s the one you should use for PCOS symptoms.

So, why ceylon and not cassia? Well, all cinnamon contains a compound coumarin. If taken in high amounts, coumarin can be toxic to the liver.

And it turns out that cassia cinnamon contains a lot more coumarin than ceylon. Hence, ceylon is considered safer, especially for therapeutic uses.

So, before your purchase cinnamon, take a moment to read the label closely so that you can know which type of cinnamon you’re getting.

NOTE: if you can’t find ceylon, you can still use cassia. Just go for lower doses (see the next section for dosage suggestions).

Now, when it comes to internal use of cinnamon, studies show that a little goes a long way. For example:

So, as you can see you don’t need a lot of cinnamon to experience its benefits!

When choosing your cinnamon supplement, please make sure to read the ingredients closely. Some supplements are pure ceylon while others combine ceylon and cassia.

If you don’t feel like doing a whole bunch of research, here’s a ceylon-only supplement that you can use. Each serving of this supplement is 2 capsules and provides 1g of ceylon (which falls within the range that has been shown to be effective in studies).

Lastly, as with all remedies, always check with your doctor to make sure that cinnamon won’t have any negative interactions with other drugs or therapies that you’re already using.

HOW TO MAKE CINNAMON TEA FOR PCOS

To make a basic cinnamon tea, follow the recipe below.

NOTE: Another way to enjoy cinnamon is to add it to turmeric milk (aka golden milk). In this post on the benefits and uses of turmeric for PCOS, you can find my turmeric milk recipe. It combines turmeric, ginger and cinnamon in a powerful herbal blend that can be used for polycystic ovary syndrome.

For a simple DIY remedy for PCOS acne try this mask.

Aside from the benefits that the cinnamon provides, raw honey is also anti-inflammatory and very soothing to the skin.

RELATED QUESTIONS ABOUT CINNAMON AND PCOS

Can ginger help with PCOS?

Research shows that ginger is beneficial for regulating blood glucose levels, soothing cramps and supporting ovulation. As a result, ginger can be a great addition to any natural PCOS care plan. To learn more, read this article on more in this article on how to use ginger for PCOS.

Which spices are good for PCOS?

Some spices that could be helpful for PCOS include turmeric, spearmint, garlic and clove.

Cinnamon is just one of the many natural PCOS remedies that you can add to your diet.

As with all natural remedies, it’s important to be consistent and to follow a balanced diet that is designed to support hormone health.

I hope this post was helpful and has given you ideas for natural solutions that you can explore.

How to Get Natural Relief from PCOS Symptoms: 7 Steps to Start Following Today

Adaptogens For PCOS: Why You Need Them and Which Ones To Use

How to Make a Fertility Smoothie For PCOS: A Simple Guide With Recipes

Marjoram For PCOS: Tea & Essential Oil Benefits (+ How To Use)

Spearmint Oil And PCOS: Benefits and How To Use It 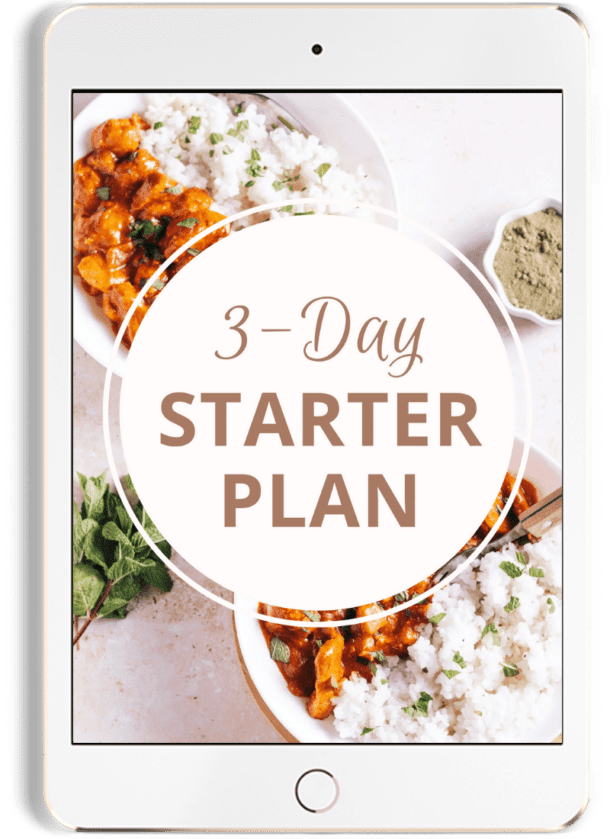